Ballet Sun Valley is a non-profit organization dedicated to bringing the world’s most celebrated ballet companies and dancers to the Sun Valley area. Its mission is to ensure that international ballet is an annual addition to the rich cultural offerings of this special community.

Ballet Sun Valley was founded by a passionate supporter of dance and a long-time Board Member of the San Francisco Ballet, Robert Smelick. Prior to forming as a non-profit organization, the predecessor of Ballet Sun Valley hosted its first Summer Festival in 2012.

The inaugural festival in 2012 featured twenty dancers from San Francisco Ballet, most of them Principal dancers with the company. The event sold out and received rave reviews from the audience and accolades from the dance world. Helgi Tomasson, San Francisco Ballet’s Artistic Director, praised the festival’s venue, the Sun Valley Pavilion, calling it one of the most beautiful venues in which the company had ever performed.

Tomasson and San Francisco Ballet were eager to return to Sun Valley after this first festival. However, matching availability in the Sun Valley Pavilion with the crowded international touring schedule of San Francisco Ballet proved difficult. Finally, in 2016, tentative dates for 2017 were agreed upon, and Ballet Sun Valley began planning for a return performance.

However, these plans conflicted with the need to keep San Francisco Ballet’s Principal dancers in San Francisco during the summer of 2017 for the creation of twelve new ballets. These ballets debuted at the company’s 2018 Unbound festival of new works.

Isabella Boylston, a Principal dancer with American Ballet Theatre in New York City, approached Mr. Smelick. She suggested, as an alternative to a ballet company festival, that Ballet Sun Valley bring a collection of independent dancers to the Sun Valley Pavilion during the August dates reserved for the San Francisco Ballet.

In August of 2017, Ballet Sun Valley brought its first independent dancer festival to the Sun Valley Pavilion. Ms. Boylston curated the programming. Dancers in this festival included Misty Copeland from American Ballet Theatre, Tiler Peck from New York City Ballet, and Kimin Kim from the Mariinsky Ballet, amongst others.   Eighteen dancers in total performed in two sold-out performances. Both performances were highly praised by all who attended.

In 2018, Ballet Sun Valley brought Ms. Boylston back to the Pavilion for a second independent dancer festival. Twenty-two dancers performed in two performances, and both performances received rave reviews.

For the 2019 Summer Festival, the dates finally aligned between the Pavilion’s availability and the summer schedule of the San Francisco Ballet. The company returned to the Pavilion with thirty-eight dancers and two performances in July 2019.

The 2019 Summer Festival brought ballet programming to the Sun Valley area that one would expect only to see in a performing arts center in a major metropolitan area.  You don’t have to travel to the opera houses in San Francisco and Paris or to The Kennedy Center or Lincoln Center. Instead, ‘Join us at the Sun Valley Pavilion’ becomes the new messaging for Ballet Sun Valley! Both performances sold out. Attendees shared:

ABOUT THE SUN VALLEY PAVILION

The open-air, Sun Valley Pavilion sits amidst the natural beauty of the area and the Sun Valley Resort. This venue provides staging for ballet dance that folds the movement and musicality of ballet into gentle breezes, bending aspens, moving clouds, and changing hillside shadows. The leadership of Ballet Sun Valley believes it is one of the most perfect venues in which to experience the beauty of the ballet art form. 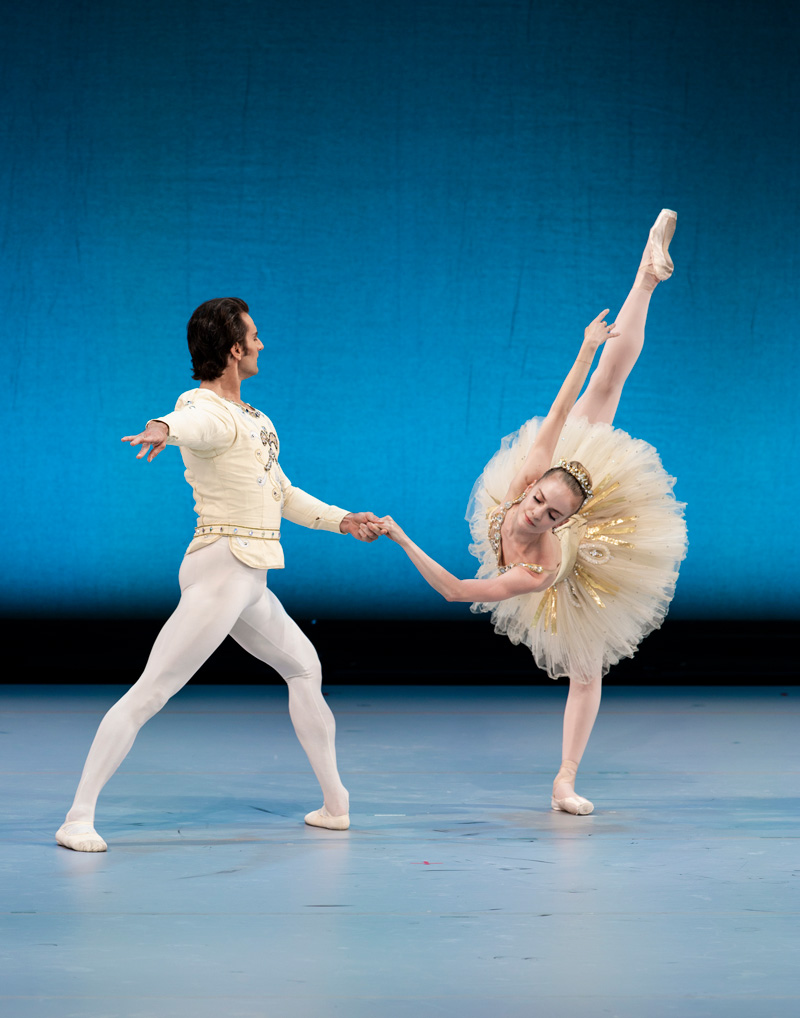 BALLET SUN VALLEY AND THE COMMUNITY

In 2012, Festival organizers identified the opportunity for an Education Program for young ballet aspirants during the Ballet Sun Valley Summer Festival. With internationally acclaimed dancers visiting for the performances, the idea was to offer dance instruction with the performers as teachers. While this program was initially limited, the students and the community reacted with excitement and gratitude.

In 2017 and 2018, a generous financial contribution from a private donor to the Education Program allowed Ballet Sun Valley to expand the program’s offerings. The program’s outreach expanded outside of the area, and the number of participants grew each year.

The program expanded again in 2019 to a three-day Summer Intensive with over 120 students from 17 states taking part in the program. Class offerings included various ages and experience levels of ballet, along with Conditioning, Contemporary, Variations, and Choreography workshops.

In 2018, in partnership with Higher Ground, a local non-profit serving individuals in many communities with disabilities, Dance as Therapy classes were added for disabled youth. This program included movement and music sessions for youth with Down Syndrome, Autism, and Cerebral Palsy.

In 2019, Ballet Sun Valley partnered with the Boston Ballet School Adaptive Dance Program, which is one of the most respected programs in the country using dance therapy for disabled youth. As a result of this partnership, additions to the Ballet Sun Valley program in 2019 included a two-day teacher training for those interested in learning the skills needed to offer Dance as Therapy classes in their local communities.

The Community outreach also grew as Ballet Sun Valley partnered in 2019 with The Community Library to host two programs for the public.

The Community Library hosted a Q&A with Helgi Tomasson, Artistic Director of San Francisco Ballet, where he discussed his 66-year dance career and the history of ballet in the United States. For younger audiences, Sasha de Sola, principal dancer with San Francisco Ballet, read from her bilingual children’s book, delighting over 50 children who were in attendance.